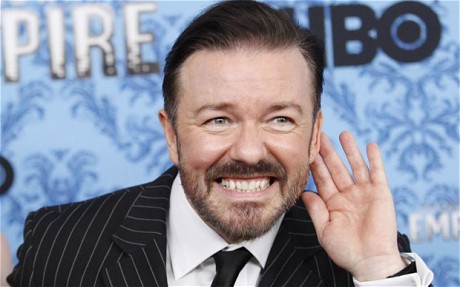 1. You won’t burn in hell. But be nice anyway

2. A Christian telling an atheist they’re going to hell is as scary as a child telling an adult they’re not getting any presents from Santa.
3. Just because you’re offended, doesn’t mean you’re right.
4. You should bring something into the world that wasn’t in the world before. It doesn’t matter what that is. It doesn’t matter if it’s a table or a film or gardening – everyone should create. You should do something, then sit back and say, «I did that.»
5. If you are threatened or offended by people disagreeing, challenging or even ridiculing your faith, your faith can’t be that strong
6. Next time someone is critical of you, just consider their life, and smile quietly to yourself.
7. The existence of God is not subjective. He either exists or he doesn’t. It’s not a matter of opinion. You can have your own opinions. But you can’t have your own facts.
8. It’s a strange myth that atheists have nothing to live for. It’s the opposite. We have nothing to die for. We have everything to live for.
9. Whether you believe that life evolved over billions of years or God made everything, you can’t justify torturing an animal for a shampoo
10. The truth doesn’t hurt. Whatever it is, it doesn’t hurt. It’s better to know the truth